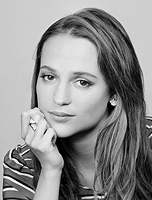 The Dark Crystal: Age of Resistance

Returns to the world of Thra, where three Gelflings discover the horrifying secret behind the Skeksis’ power, and set out to ignite the fires of rebellion and save their world.

Second Avenue (Andra avenyn) is a swedish tv-series about an ex-prisoner, his sexually confused boxing-son, his on and off again christian girlfriend, her father who is a priest, his friend who is a psychiatrist, his foster child who is a teen mom, the father of her child who is a boxing muslim, and many more.

Eva Höök is a superintendent police in a big town in the north of Sweden. Together with her policeteam she solves a lot of murdercases while she’s raising her teenage son Lasse. 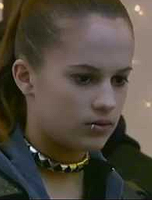 A boy falls in a coma and discovers a society in his dreamscapes.

A group of people with problems suddenly find they have supernatural powers.

Check out the latest additions to our ever expanding gallery

One Red Nose And A Wedding
Alicia as Faith
TV Short | 2019
Twenty-five years after the events of Four Weddings and a Funeral (1994), Charles, Carrie, Fiona, Tom, David, Matthew, Bernard, Lydia and Father Gerald are back in church. But whose wedding is it – and will there be any more familiar faces?

Earthquake Bird
Alicia as Lucy Fly
Post-production | 2019
A young woman living in Tokyo becomes the prime suspect in a horrific murder when her friend goes missing in the wake of a tumultuous love triangle.

The Glorias: A Life on the Road
Alicia as Young Gloria Steinem
Post-production | Unknown Year
A feature film based on feminist icon Gloria Steinem’s best selling memoir, My Life on the Road, telling the story of her itinerant childhood’s influence on her life as a writer, activist and organizer for women’s rights worldwide.

The Dark Crystal: Age of Resistance
Alicia as Unknown
TV Series | Post-production | Unknown Year
Returns to the world of Thra, where three Gelflings discover the horrifying secret behind the Skeksis’ power, and set out to ignite the fires of rebellion and save their world.

Green Knight
Alicia as Unknown
Filming | 2020
A fantasy re-telling of the medieval story of Sir Gawain and the Green Knight.

Born to Be Murdered
Alicia as Unknown
Filming | 2020
A vacationing couple fall trap to a violent conspiracy with tragic consequences.

Alicia Vikander Online is a non-profit site that is no way affiliated with Alicia, her management, co-workers or family members. All images, video footage and other media are copyright to their respective owners, no copyright infringement is intended. This is merely a fan site run by a fan.